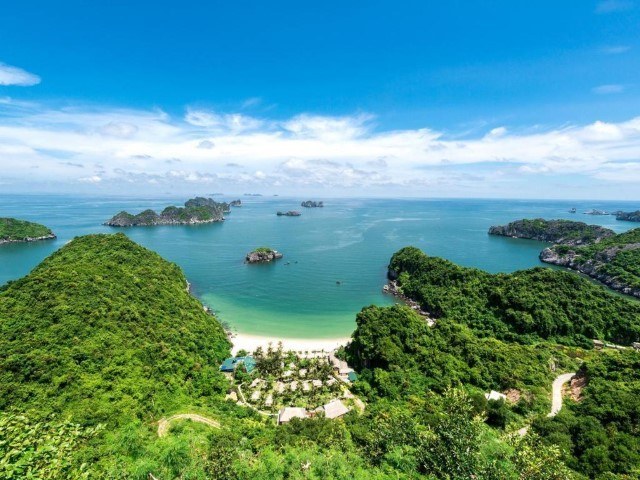 Why you should add Cat Ba to your Halong Bay travels

Known as the “Pearl of the Gulf of Tonkin”, the beautiful Cat Ba Archipelago is comprised of 366 big and small islands. It’s technically not located in Halong Bay, but just south in Lan Ha Bay, also known for its hundreds of limestone islands covered by tropical greenery.

According to legend, the original name of the archipelago (and biggest island) was “Cac Ba” meaning “Women”, so named after the women who stayed behind on the island while the men went off to war, stationed in the northern islands, closer to the mainland.

Today, the attraction of Cat Ba is its undeveloped natural landscape, covered in 15,200 hectares of Cat Ba National Park which includes 9,800 hectares of forests, along with mountains, caves, streams, valleys, and beaches making it a welcome addition to any Halong Bay travel plans.

The waters around Cat Ba are also clean and warm, home to marine life like shrimp, squid, lobster, and oysters, both natural and cultivated for pearl farming.

Attesting to its superb natural beauty, UNESCO is considering adding the Cat Ba Archipelago to the already-inscribed World Heritage Site of Halong Bay, known for its majestic limestone towers, including arches and caves created by coastal erosion. 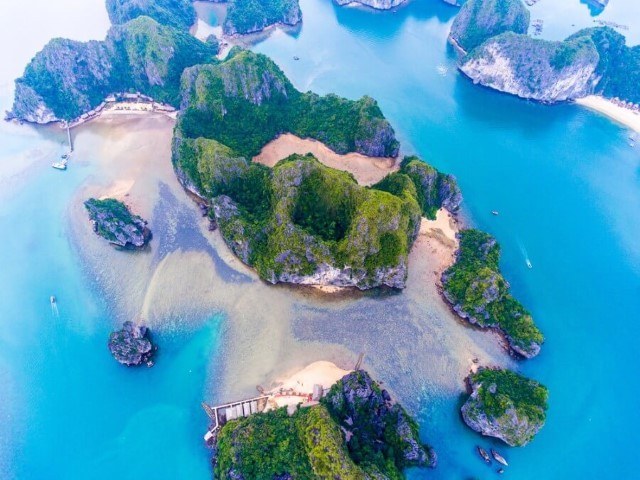 Cat Ba is home to a diverse variety of flora, a total of 745 plant species, including trees and plants with medicinal value. One of these is a unique tree species known in Vietnamese as “cay kim giao”. The wood from this tree was used in olden times to make chopsticks for royalty, as the wood was reputed to turn black when it came into contact with poison.

As for wildlife, Cat Ba has more than 30 species of mammals, as well as dozens of reptile and bird species including the kingfisher, sea hawk, and fishing eagle. However, the island’s most famous resident has to be the Cat Ba langur, also known as the white-headed langur. Found nowhere else in the world, there are only 63 individuals left on Cat Ba, making them one of the planet’s most critically endangered primate species.

The natural allure of Cat Ba draws lots of local visitors to the island, especially on the weekends, ready to swim off its fine white sand beaches, hike its green mountains, take a dip in its hot and cold springs, or simply take sweeping views of the scenery of lush tropical forests, mangroves, and mountains from the 177-meter-high Cannon Fort.

The flat, paved roads (with some hills) make for good cycling and there’s guided and unguided trekking available in the national park. The island has two main beaches accessible via a 20-minute hilly walk or along a 700-meter-long walkway around the mountain. One of the beaches (Cat Co 2) also has simple accommodations and camping sites. 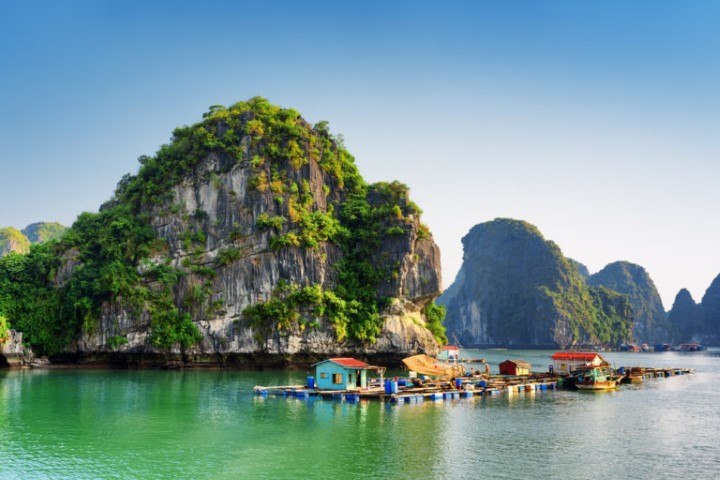 In addition to the natural attractions, Cat Ba has a few historical and cultural things to do. Cat Ba was a strategic location under the French in the mid-20th century and then later during the American War. Bomb craters can still be found as testimony of wartime activities. Visitors can tour the “Hospital Cave”, a secret underground hospital used by Viet Cong forces in the mid-1960s during the American War.

For something more cultural, visiting one of the six floating fishing villages makes for an interesting excursion, observing first-hand how the people have adapted to life on the water with only infrequent trips to Cat Ba Town or the mainland for supplies. While the majority of the island’s residents live in Cat Ba Town where there are hotels, guesthouses, restaurants, karaoke joints and other tourist attractions, there are smaller villages within the island populated by farmers and fishermen.

One of these is Viet Hai, where there are only about 300 inhabitants living in simple wood and concrete buildings. Life is slow-paced as the residents go about their daily chores, tending gardens and looking after livestock against a backdrop of forested mountains. To get away from it all (even though there is internet connectivity), try staying in one of the homestays in the area, spending your days walking the quiet lanes, cycling, or just curling up with a book. 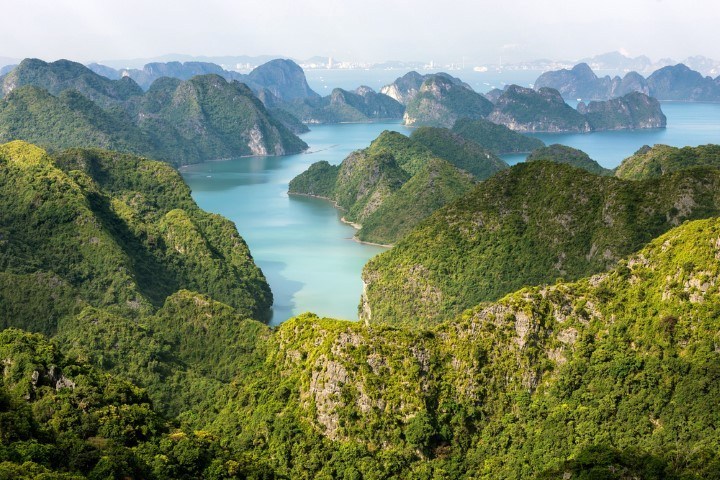 For all these reasons, remember to put Cat Ba onto your Halong Bay travel itinerary! Whether as a shore excursion on a cruise through Lan Ha Bay or a few quiet days visiting the island’s beaches and forests, Cat Ba is a great destination for adventure travelers (there’s even rock climbing available) or for those just looking for a quiet getaway.

Hai Au Aviation operates a scenic flight which provides a breathtaking overview of Halong Bay and parts of Lan Ha Bay to the south, including the island of Cat Ba. There are multiple flights daily, including late morning to fit into cruise schedules (with buggy service directly to your cruise lounge after the flight) or in the afternoon for those staying in Halong City.